Press Release: Project launched to enhance the institutional capacity of the TCMP 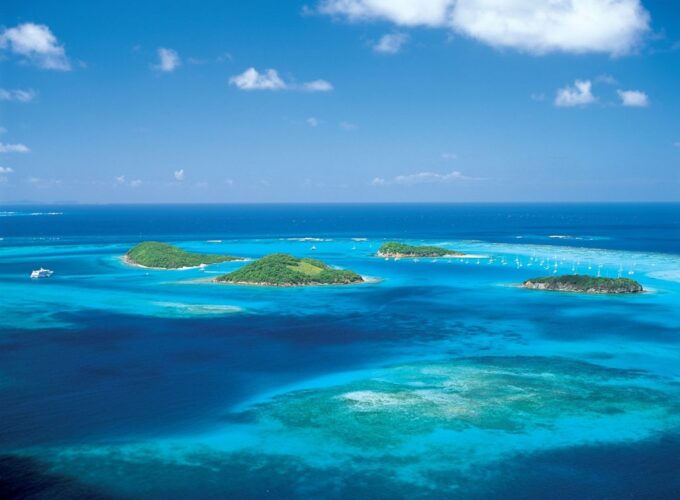 Project launched to enhance the institutional capacity of the TCMP

Clifton, Union Island – June 25th 2020 | The Tobago Cays Marine Park (TCMP) received a grant of XCD$131,360.00 which will be used to enhance the institutional capacity of the TCMP. The grant was received from the St Vincent and the Grenadines Conservation Fund (SVGCF) following their first call for proposals.

Leading up to the award of the grant, the management of the TCMP submitted a comprehensive project proposal to the SVGCF titled “Enhancement of resource management capacity within the Tobago Cays Marine Park”. Additional in-kind funding will be contributed by the TCMP, bringing the total project value to XCD $185,870.00.

The project, which will be executed over a one year period and will produce several deliverables, fulfilling the mandate of the TCMP “to protect and conserve the resources of the Tobago Cays” while being environmentally friendly and climate smart.

Objectives of the project are: to reduce the emissions and increase fuel efficiency of operations  by at least 20%; increase institutional capacity by training at least four park rangers in water based activities  (monitoring marine resources and maintaining moorings) and  to establish a comprehensive biophysical (conch, coral reef, sea turtle ) monitoring program.

The project will deliver new dive equipment, biophysical monitoring equipment, two 60hp (4-stroke) outboard engines for the TCMP patrol vessel and a fully trained and equipped team of rangers at the park.

An online launching of the project was held on Tuesday June 16th with remarks from the Management of the TCMP; Director of Grenadines Affairs, Mr. Edwin Snagg and Chairman of the SVGCF, Mr. Michael John.

In his remarks, John, stressed on the importance of educating students about the TCMP describing the park as world class. He said while the tangible result of the project is meaningful, the success of the project is also hinged upon the development of human resource and education.

Manager of the TCMP, Lesroy Noel, in his remarks stated that the project is consistent with and helps to address a number of St. Vincent and the Grenadines regional and international commitments and national biodiversity priorities.

“The conservation measures implemented within the TCMP addresses SVG’s attempts to address over-exploitation of plant and animal species, habitat loss or fragmentation and global climate change as articulated in the National Biodiversity Strategy & Action Plan for St. Vincent & the Grenadines” Noel said.

Noel also explained that the management of the TCMP is responsible for the conservation and sustainable use of the resources so as to preserve the historical aspects while developing novel livelihood opportunities for the people of the Grenadines and SVG as a whole.

The Tobago Cays Marine Park is the only marine protected area (MPA) in St. Vincent and the Grenadines (SVG). The main office is located on Union Island with a satellite office on Mayreau, and is staffed by nineteen permanent workers including a manager, an accountant, administrative officers and a team of park rangers.

The Park is located approximately 5 miles sailing east of Union Island and is a 6,450 hectare multiuse land and sea MPA which include five primary uninhabited Cays: Petite Tabac, Petite Bateau, Petite Rameau, Baradal, and Jamesby and the inhabited Island of Mayreau.

The waters of the TCMP has extensive coral reef, seagrass beds and sandy bottom habitats, home to healthy populations of marine life (fish, conch, sea turtles). Similarly, the Cays are also home to significant populations of terrestrial flora and fauna (iguanas, tortoises, opossums and birds). The rich biological diversity of the TCMP is further enhanced by the strong seafaring history of sailing and fishing of the adjacent islands.